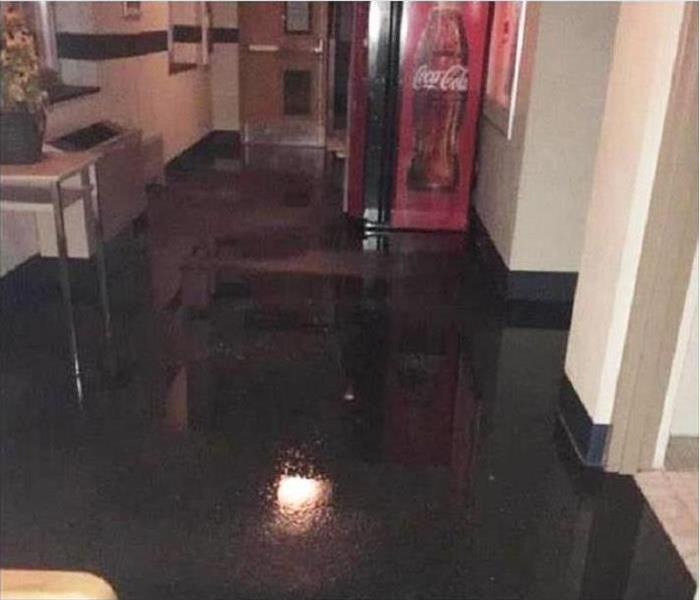 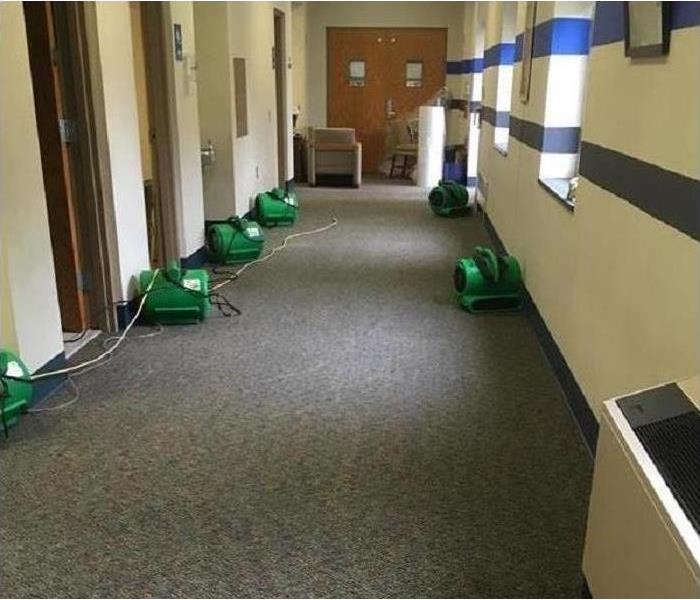 Commercial water damage occurred at this Bartow assisted living facility when a water line in a public restroom on this floor had a water line burst. The hallway and several rooms were affected by the water. SERVPRO of Bartow / Lakeland Highland was called to clean up the water. This was an emergency since residents were displaced and the water-logged carpeting was a hazard. With this in mind, we dispatched a crew immediately, and they arrived on the scene within one-half hour. Our trained technicians would use portable devices to suction up water from the carpeting. The management had called us in very quickly, and this allowed us to be able just to move the contents to work around and suction up the water. None of the contents were permanently damaged. After the water removal, our technicians would set up commercial air movers and dehumidifiers to speed up the drying process.

View More Before & After Photos